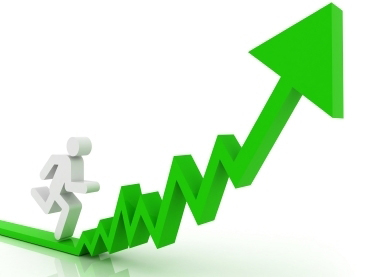 Implications for the Physician Workforce

The New England Journal Of Medicine; by

Throughout the history of modern American medicine, physicians have made up the vast majority of professionals who diagnose, treat, and prescribe medication to patients. Although demand for medical services has increased markedly over the years (and is projected to grow more rapidly as the population ages), the physician supply has grown relatively slowly. Increased delegation of work, new technology, and streamlined care processes can help practices meet patient needs with fewer physicians, but still require an increasing number of health professionals.1

Physician supply is constrained in the short run by long training times and in the longer run by medical school capacity and the number of accredited residency positions. Despite a 16% increase in graduate medical education (GME) slots in recent years, the Association of American Medical Colleges (AAMC) recently projected that the supply of physicians will increase by only 0.5% per year between 2016 and 2030.

A growing share of health care services are being provided by advanced practice registered nurses (APRNs), particularly nurse practitioners (NPs), who make up the majority of APRNs, and by physician assistants (PAs). NPs and PAs provide care that can overlap with care provided by physicians (both in primary care and increasingly in other specialties), and the AAMC recognizes this overlap in its physician-demand forecasts. The number of NPs and PAs is growing rapidly, in part because of shorter training times for such providers as compared with physicians and fewer institutional constraints on expanding educational capacity. Residencies aren’t required for APRNs — though organizations are increasingly offering them — and education programs have proliferated: according to the American Association of Colleges of Nursing, the number of NP degree programs (master’s or doctorate) grew from 282 to 424 between 2000 and 2016. Baccalaureate-prepared RNs typically require 2 to 3 years of graduate education to become certified NPs. PA programs typically take 2 years and also don’t require residencies. According to the National Center for Education Statistics, the number of PA degree programs grew from 135 to 238 between 2000 and 2016.

These dynamics will have lasting effects on the composition of the health care workforce and on working relationships among health professionals. To take a closer look at these trends, we estimated the number of full-time-equivalent physicians, NPs, and PAs between 2001 and 2016 using data from the U.S. Census Bureau’s American Community Survey, which included a roughly 0.4% sample of the U.S. population between 2001 and 2004 and a 1% sample between 2005 and 2016. Because the Census didn’t identify NPs until 2010, we obtained data on NPs from the National Sample Survey of Registered Nurses from 2000, 2004, and 2008. Figures were validated using data from health professional associations. The final data set includes 12,887 NPs, 12,801 PAs, and 166,103 physicians.

These data were used to project the number of NPs, PAs, and physicians through 2030 using methods described in greater detail elsewhere.2 Briefly, our model estimates the number of providers of various ages in each year as a function of both workforce-participation patterns associated with age and estimates of differences among birth cohorts in rates of entry into each profession, which reflect institutional constraints. Our projections assume that age-related workforce-participation patterns will remain stable after 2016 and that the size of the workforce for birth cohorts that have not yet entered the labor force will resemble that of the five most recent cohorts. In the case of physicians, to better capture the expansion in medical education and throughput in recent years, we assume that the size of future cohorts will resemble the size of only the most recent (largest) cohort. In our prior work, this model has successfully forecast health care workforce trends.2

We project that these trends will continue through 2030. The number of full-time-equivalent physicians is expected to continue growing by slightly more than 1% annually, as increased retirement rates are offset by increased entry, whereas the numbers of NPs and PAs will grow by 6.8% and 4.3% annually, respectively. Roughly two thirds (67.3%) of practitioners added between 2016 and 2030 will therefore be NPs or PAs, and the combined number of NPs and PAs per 100 physicians will nearly double again to 53.9 by 2030. These shifts will probably be even more pronounced in primary care, where physician supply has been growing more slowly than in other fields and NPs tend to be more concentrated.

The changing composition of the workforce will have implications for provider teams. Primary care providers, in particular, increasingly work in larger groups of professionals with varying backgrounds and types of training. A 2012 national survey of primary care NPs and physicians found that 8 in 10 NPs worked in collaborative practice arrangements with physicians and 41% of physicians worked with NPs — a percentage that will probably grow over time.3 As more states expand practice authority for NPs, medical practices will have to adjust. A recent study of working relationships between NPs and physicians on primary care teams in New York and Massachusetts found that physicians, other staff, and patients often confused the roles and skills of various providers and that these misunderstandings often led to practices undermining the productivity and efficiency of NPs.4 Physicians, NPs, and PAs will all need to be trained and prepared for this new reality.

As with other projections, our findings are subject to some degree of uncertainty. It is unlikely that the physician supply will grow more rapidly than we project: the AAMC projects even slower growth, the number of GME slots is constrained, and even an immediate expansion of medical school capacity and training opportunities wouldn’t substantially affect the physician supply for many years. Growth in the NP and PA workforces is more uncertain. Although shorter, more flexible training requirements for these providers have facilitated an unprecedented increase in new entrants, growth rates could fall if demand for nonphysician providers is lower than anticipated and job-market prospects worsen. Major changes are unlikely, however, given the expected increases in demand for care, growing use of team-based and interprofessional practice, and the fact that NPs disproportionately serve rural and underserved populations, whose needs would otherwise go unmet.

Despite these uncertainties, it is clear that patients will continue to encounter more NPs and PAs when they seek care. The shifting composition of the health care workforce will present both challenges and opportunities for medical practices as they redesign care pathways to accommodate new payment methods, new incentives regarding quality of care, and the demands of an aging population.